Under The Cover Of Darkness

Under The Cover Of Darkness/Digital Sunsets

It is with great pride and at our absolute pleasure that we share with you the official videos for our new double A-side single 'Under The Cover Of Darkness/Digital Sunsets' which is available for download from 21 October. 'Under The Cover Of Darkness' was directed by Jacob Savage and filmed on location at the stunning @wonderinnnorth Manchester, the video features the amazing @MonCherieBebe as ghostly apparition 'Music'. In amongst several references to David Bowie, the film commences with a quote from him as read by actor Gary Oldman at 2016's Brit Awards held shortly after the musicians death. It features the line on music that "it is both my doorway of perception and the house that I live in" which had a profound effect on us as we wrote and recorded the song. The video for 'Digital Sunsets' was made by Mark Smee and features 'Pixie' as the main protagonist in a cautionary tale about the preservation of communication and experience as physical acts. Please share generously and amid the chaos "still believe in a band"
Posted by Signals at 13:44
Email ThisBlogThis!Share to TwitterShare to FacebookShare to Pinterest

We are delighted to announce details of our forthcoming double A-side single 'Under The Cover Of Darkness/Digital Sunsets' available for download from 21 October directly from our website, iTunes and Amazon. The single will also stream on Soundcloud and Spotify. 'Under The Cover of Darkness' is a brooding bass driven cut that unfolds as a love letter to music and bands as a constant for us in times good, bad or indifferent and is best distilled in the line "I still believe in a band". It draws inspiration from the David Bowie quote as read by actor Gary Oldman at 2016's Brit Awards shortly after the musician's death: "Music has given me over forty years of extraordinary experiences. I can't say that life's pains or more tragic episodes have been diminished because of it, but it has allowed me so many moments of companionship when I have been lonely and a sublime means of communication when I have wanted to touch people. It has been both my doorway of perception and house that I live in". 'Digital Sunsets' is a cautionary tale about communication and the preservation of this as a physical act. The track has already received support from North Manchester FM and BBC Radio Lancashire and is accompanied by an animated video from the super talented Mark Smee. We will be supporting the single's release with some live dates: Friday 21 October: Single launch, The Artisan, Rawtenstall with DJ Lowrider. Wednesday 26 October: Featured artist at The Wonder Inn, Manchester. Wednesday 2 November: The Whitaker Museum and Event Space, Rossendale. ......with more dates to follow Please spread the word far and wide, thank you for your support. Signals x
Posted by Signals at 00:12
Email ThisBlogThis!Share to TwitterShare to FacebookShare to Pinterest

On 5th July 2016 Signals recorded a short live set at Holy Trinity church in Leeds, courtesy of Minster Studios. As part of the session & as we prepare to share our new material over the months ahead it felt right to officially close the book on our last album Stories To Tell by recording the song that started it all for us. When Least Expected was the closing chapter on the album & remains a song very close to our hearts so we're very grateful to have been able to capture it in this way. We'll be in touch again soon with details on our new material but in the meantime we hope you enjoy When Least Expected. With special thanks to Jacob, Isaac & Team Williams x
Posted by Signals at 15:17
Email ThisBlogThis!Share to TwitterShare to FacebookShare to Pinterest

Posted by Signals at 12:24
Email ThisBlogThis!Share to TwitterShare to FacebookShare to Pinterest

In typical Signals procrastination, whilst we should be working on the stack of new songs we have for our new album where progress is slower than erosion, we instead opt to murder a classic! That said we'd love you to check it out.....or add it to the pile of unwanted gifts over the next few days!

Merry Christmas & a prosperous New Year to you all, we'll see you in 2016 x

Posted by Signals at 12:51
Email ThisBlogThis!Share to TwitterShare to FacebookShare to Pinterest

We are delighted to announce that Stories To Tell is now available to buy from this very site.
It was officially released on Friday 2nd August 2013 and sworn in with a celebratory launch night amongst friends & family at Britons Protection, Manchester on Friday 9th August 2013. The album is available in limited edition CD, download & bundle formats through our online store.
The hand numbered, limited edition CD format is housed in a stunning hard back lyric book featuring illustrations by our long-time collaborator, Christian Brett of Bracketpress.

The 2 years + we've spent writing & recording the album have been an absolute joy & needless to say we are extremely happy with the results, we hope you like.
Posted by Signals at 15:47
Email ThisBlogThis!Share to TwitterShare to FacebookShare to Pinterest

"so turn on all the lights of my life"

Signals are Ben Guy and Darran Hurst plus an ensemble cast who helped illuminate ‘Stories To Tell’.


From a friendship that endured the distance and differences between lives Signals formed, naturally occurring, on and off……maybe it had to take this long to surface for us to write the album of our lives?

'Stories To Tell' started life as a drunken conversation on New Year’s Eve 2010 when in the clichéd anticipation of the year ahead an idea was hatched to work on some piano canvasses quietly and without agenda under the premise that they would likely never see the light of day. However in the stark and sober light of a brand new year we awoke to find this half arsed yet giddy proposal had taken hold and over the months ahead bore witness to it’s shift as the sketches ever so slowly came into focus to form 'Stories To Tell'.

Such has the strength of feeling grown about Signals & ‘Stories To Tell’ that we are taking to social networks to campaign it's cause. Influenced by our love of The White Album-era Beatles, Ludovico Einaudi, Polly Jean Harvey and Billie Holliday the lush, layered songs of 'Stories To Tell' demand to be heard with as far reaching consequences as possible.


In order that this builds we’re asking that those of you who like what you hear/see invest in us by sharing our efforts with like minded folk. Over the weeks & months ahead we will drip feed a series of direct-to-fan content including some “tokens of appreciation” that will leave a trail of musical breadcrumbs to follow & share. This will eventually culminate in the early 2013 release of 'Stories To Tell', an album of piano led torch songs that was written, recorded and is reflective of a 2 year period that touched upon the drama’s of birth, death, LOVE (bold & in CAPS of course), redundancy, hope and good ol’ hissy fits!


Thanks for your support, we hope you will find something to keep and share
x

Posted by Signals at 14:09
Email ThisBlogThis!Share to TwitterShare to FacebookShare to Pinterest
Home
Subscribe to: Posts (Atom)

Signals | Promote your Page too

Signals
Signals are Ben Guy and Darran Hurst plus an all singing, all dancing ensemble cast. 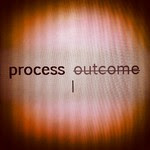